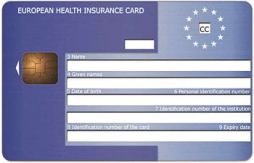 Following the confirmation today by Vote Leave that they would like to see the UK out of the European Health Insurance Card scheme DEREK VAUGHAN MEP for Wales said that the proposed change would be a “worry” for Welsh tourists and punish those who fall ill abroad.

The Chair of Vote Leave has said that money spent by the NHS reimbursing other EU countries who give UK nationals free healthcare “could have been much better spent.” This shows that the Out campaign see the UK leaving the European Health Insurance Card scheme which these payments underwrite if we left the EU. Mr Vaughan has slammed this move for punishing and worrying Welsh tourists taken ill abroad.

“Thanks to our membership of the European Health Insurance Card scheme Welsh tourists can have access to state healthcare at a reduced cost or even free across a whole continent. This means that when Welsh tourists have an accident or fall ill in Europe they know that they will be looked after and not have the prospect of worrying about huge insurance costs hanging over them. Being in hospital abroad is frightening enough without having to worry about where the money is coming from, it seems perverse that the Out campaign are willing to force that worry on Welsh tourists. Since the days of Nye Bevan we’ve recognised in this country that falling ill isn’t your own fault, but it seems that the Out campaign are happy to punish those who fall ill abroad with putative charges to fulfil their desire to leave the EU. They’re pulling the safety net out from under every Welsh tourist in Europe”

Mr Vaughan went on to note that – “Given that UK citizens cost far more to other EU countries through this scheme than EU citizens cost the UK the idea that this will help the UK taxpayer is ludicrous. When we have a position where Spain is paying 30 x more to treat UK citizens than we pay for Spanish citizens and Vote Leave still think we get a bad deal, it just highlights how the Out campaign want us to cut off our own nose to spite our face. Top doctors from across the UK have already said that “Brexit should carry a health warning” – it seems like a lot of the Out Campaigns claims on health are already on life support.” 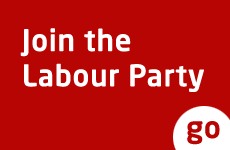